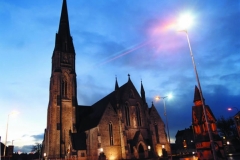 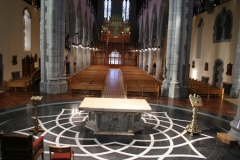 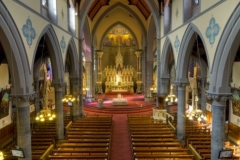 Works within a ‘live’ working environment, in particular involving works to buildings that were in-use by members of the public during construction and works that involved phased-construction including the co-ordination / sequencing of construction and the decanting of staff

Stewart were awarded this heritage contract which was one of the first conservation projects that was completed within a given timeframe despite the fact that the cathedral remained operational for the duration of the works, daily masses, funerals, weddings were a common occurrence which greatly added to the complexity of completing this project on time within budget and with no accidents/ incidents to report.

Back to Educational Projects