This was Stewart’s fourth consecutive year to be recognised as a Deloitte Best Managed Company but was made more special by being only one of 17 companies that were presented with a “gold standard” title. The company is now currently the only Main Contractors in Ireland to hold this title which reflects the mounting success Stewart Construction continues to deliver.

The gala awards event took place in Dublin’s Convention Centre on Friday 3rd March and marked the ninth year of the Deloitte Best Managed Companies awards programme, in association with Barclays Bank Ireland. It was a fantastically organised event that with over 900 attendees from 127 different Best Managed Companies on the night. 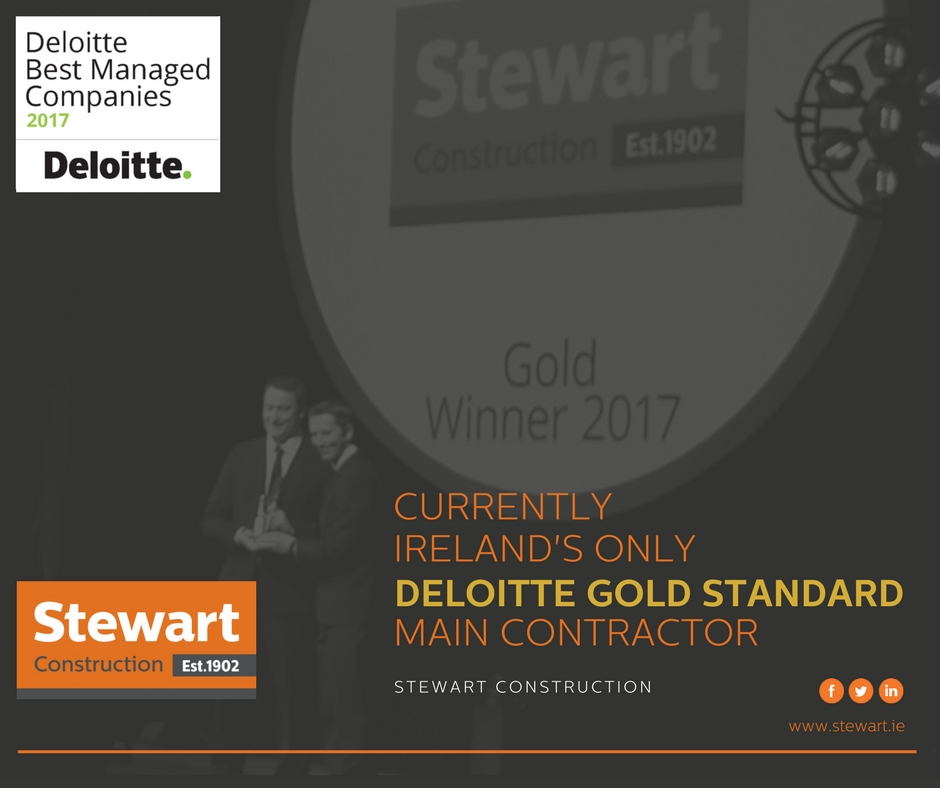